What Happened to Thursday?

I was a tribal official at the Fort Hall Indian Reservation and making as many bikes as I could at my shop in Pocatello. It was a good place in a lot of ways. Fifty-plus miles of rocky singletrack I could ride to the trailhead, no car necessary. And Idaho is bigtime BMX. The competion was strong, I had to bring my game up a lot. It was sweet, winning that state championship. It came down to the championship race me and George Casanova neck and neck .... I thought he had me but I managed to pull ahead at the finish. I won that championship by four inches!

It was a good place musically, too. There was live music almost every night when I moved to Poke, and I fell in with musicians I could jam with. I got really into jazz and blues even though the town was not particularly friendly to "black" music. But that's another story. All I cared was I could ride bikes and blow my horn.

All things must come to an end. 2008 was a year from hell. Nobody was buying a bike. I thought things would recover, but they never did. And even as I was finally making headway in my work at Fort Hall I was making enemies. The nail that sticks up gets hammered down. Great! More time to build! I had everything I needed but clients. And I finally was able to talk my wife into moving in with me. How it goes. We gave it a shot, but we had talked about moving to Portland and decided to do it. And we did. Did I move the shop? I did! Did I keep on making bikes? I did. the new ones have "Made In Portland Oregon" decals, like the old ones used to say "Made in Window Rock"

Portland is a big time bicycle town. All my life I've been building in places where there is virtually no local market. Here, EVERYBODY is a framebuilder! Damn! Some of them are pretty good; the rest of them are proof that even an amateur can turn out a lug-framed bike that's as good as any number of "classics."

Portland has a great jazz scene. I am at the point in my life where I want to blow that horn and let it all come down. I'll save the details for some other time. Another Portland advantage is you can get onto the Kaiser health care system, which is as good as it gets. What else? You can get around town faster on a bike than in a car - take your bike on the light rail or the front rack of a bus for those long stretches on heavy-traffic streets, then get off and ride!

Portland was for a long time the last affordable city on the west coast. It was my refuge when I returned from SE Asia, virtually broke. The place is changing. It has become "hip." It has started pricing out the creative people that made it what it was. Detroit, any one?
BR>Climate change is hitting it, too. Summers are getting hotter and drier. That means gardening will become uneconomical in a town where water is priced by the hundred CF. What does it mean for the bicycle biz and framebuilders?

If you are a minor, you have to have a parent or guardian sign along with you.

On a custom frame, the deposit is 50% of the total frame cost and is non-refundable. I learned about that one the hard way. You will get a receipt and letter acknowledging your payment.

You may decide in the middle of the process that you want to change something on the frame. We do that with a change order. You call or eMail, let Thursday know what's up. He stops work and sends you two copies of a written change order, you sign and send one back. If the change doesn't require tearing something off the frame, then usually it will be at the cost of the additional parts or materials. If it involves, say, cutting out a frame tube or changing an angle that has already been welded up, then there will be money involved.

The design and spec sheet will lay out the frame angles and dimensions, also the frame materials. These all influence the build process. Most of Thursday's frames are built with chrome-moly steel, or variations such as Reynolds 531. These are materials that can be Oxy-acetylene welded. Then there are "supersteels" like Reynolds 853 or True Temper OX, or the high-zoot factor Columbus and Dedacciai tube sets. They have to be fillet brazed or put together with frame lugs and silver. Welding and fillet brazing are pretty much a wash in terms of cost. Lugs cost more and there are builders who do them better than Thursday.

Building a bike is not rocket science. Thursday builds to a reasonable tolerance - angles are within about a quarter degree, linear dimensions are within 1/32 inch (about .8 mm). The frame is in plane as best can be determined with gauges and levels. For example a good level placed on the seat tube and on the headtube will read dead level both places. If the front triangle is dead level, a good, new wheel in the stays will be level as well. This is a frame that will run true and straight.

Most of the time tolerances are closer than that. Unlike many framebuilders, Thursday does not own an "alignment table" a medieval-looking device used to tweak crooked frames straight.

A lot of riders are concerned, sometimes justifiably, about frame weight. W-E-E-E-L-L-L .......

Thursday builds for the long haul. There will always be lighter frames, even lighter steel frames. Can you get a sub-four-pound, large size mountain frame? Yes. Thursday has built such bikes, out of 853 tubing, and built them to last. But is that what you really need? Typical real-world frame weights are in the low four-pound range, lower for small frames. Some bikes, like the Yellowjacket and most of the Rain series dirt and street bikes, are in the low 5-pound range. Then there are some real heavyweights.

This is an area where Thursday really shines, boldly going where no sane framebuilder has ever gone ... well maybe not always. Thursday builds for function, not off a pattern-book. Frame geometry is a big topic, a full discussion of which is enough to make most people's eyes glaze over. Here is a good place to look and see if we have anything to talk about in this regard: Thursday's approach to frame geometry.

Thursday's approach is to go for a certain ride quality, rather than a weight target. A certain feel. A certain je ne se quois ... The balance and geometry have to be right. Then the ride quality: Thursday likes a lot of lateral stiffness, but with some vertical compliance so the bike rides well. When you stomp on the pedals, the frame will wind up a little and kick in .. like putting the spurs to a fast horse. A little vertical compliance means A BMX bike you can ride all day without burning out your knees, or a mountain bike that will leave you in better shape after an all-day ride than your companions on their full-suspension jobs.

Thursday mixes his own paint. He used to go into Gallup, there was this Navajo guy at the Color Company who was a maniac with pigment. Chuck would mix anything! He sold PPG paint so Thursday got an EZ thousand dollars into paint, catalyst, primer, and so on before he knew what hit him.

Here's how it goes. The frame gets a good sandblasting first to take off any flux and scale .. then soon as the weather is right, it gets shot with white epoxy primer. over that goes the sandable primer to fill in any zits and lay down a smooth base for paint. Most of it gets sanded off, what's left fills in the minuscule low spots that "the majors" just ignore. Then the whole thing gets a seal coat of white epoxy. Thursday does not use Bondo.

If it's a customer order bike it gets painted right away. If it's a standard model it sits around waiting for someone to buy it and spec a color. Paint is a whole world unto itself. Thursday uses two kinds: basecoat-colorcoat, sometimes known as kandy (mostly it's DBU) and solid color(DCC). Both are 2-part paints: they will chip but will last forever if you take care of them. Both types of paint get a clearcoat to seal the decals.

Thursday will mix paints, do two-color fades, slip in some pearl or glitter, whatever. He sometimes will even do custom decals and headbadges, like this one.

Sometimes we send out color smears or even sample plates to help you pick out the color you like. If you want a totally custom color, it will cost you the price of the paint, usually $30-40. Then there's this stuff that costs $30 an ounce and the smallest can it comes in is 8 oz. Blow your top!

Thursday will sell forks, wheels, seatposts, etc. along with a frame, or even a complete bike built up ready to ride. Chances are you already have the stuff you need, or have your own favorite sources. There are some items that are just hard to come by, and some that Thursday can offer at an attractive price because he is getting an OE price from the manufacturer (but this stuff you can only get when you buy a frame.) For a complete rundown on equipment and framekits, go here.

Communication, as they say, is everything. Will Thursday answer your 3:00 AM drunken phone calls? Probably not. But he will communicate. The best way is eMail. This gives the man a break and allows him to keep building when he's on a run. There's an answering machine on the Thursday phone, with the same message it's had for four years. But phone msgs get answered, usually within a day or two. Thursday might call you back at an indecent hour if you don't let him know when is a good time to call back.

Then there's good old face-to-face. Thursday's shop is in Pocatello Idaho, a day's ride from Yellowstone Park and right off I-15 Call ahead of time. The other way to meet up is to catch Thursday at Snake River BMX or at an ABA National.


You can go through your dealer if you've got a good one. Otherwise, call Thursday or write.
Make an appointment to visit, or to have a frame fitted for you. Ride one of the ratted-out Thursday demos on our challenging trails, or one of our local BMX tracks.

WHO IS THURSDAY, and why is he laying so low?
You may ask! 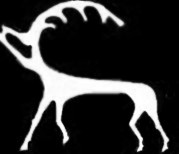