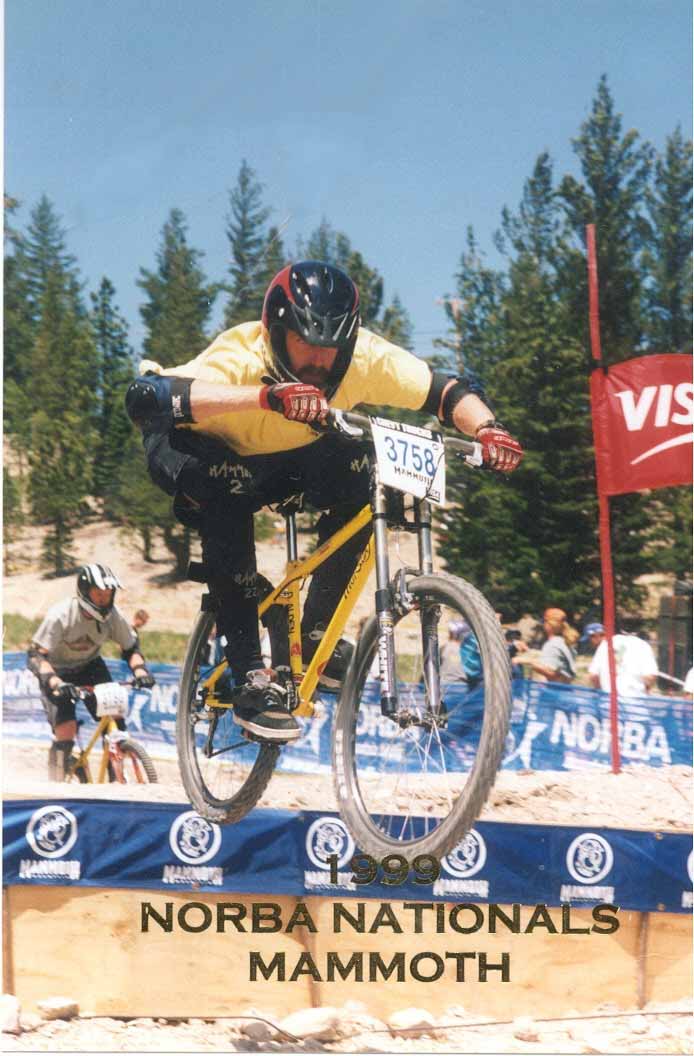 Thursday doesn't usually get very close to the press, but he got lucky with his dual slalom bikes.
What do the mountain biking rags have to say about the Bumblebee dual slalom bike? 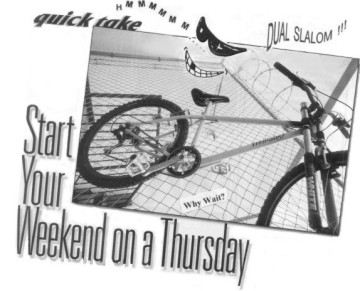 two years later Dirt Rag Magazine had this to say. ...

and for another review, this time from the grass roots:

Good news about the Bee in Dirt Rag. I happened to grab a copy here in Tokyo at Tower Records. Hopefully it will give you some good business!

I however, haven't been quite as lucky this season. I had a horrific crash while practicing at the local BMX trail. Hit my face on a concrete wall and broke my right cheek bone along with pushing it up and back into my skull. For a while my right eye was higher than my left! Three other pieces under the cheek bone were floating around like missing pieces of a jigsaw puzzle. The doc put five titanium plates in and said I had to lay low until early next year and even then it's FULL FACE HELMETS only and always. I damaged the facial nerve and he said it might take two or three years to get most of the feeling back on the right side of my nose, under the eye area and the right upper lip and teeth.

Could have been a lot worse I guess.

The Bee came through it all without a scratch!!!"

Well, here it is 2016. Dual Slalom is no longer an event; it has been replaced by Four Cross (4X). But the spirit lives on. What I learned building those 'bees was applied to the Four Cross and New Model bikes. Unless you are going for a World Cup win, you'll do great on the New Model - designed for the kind of riding most of those 'bees got used for.

Here's some links to the various dual slalom bikes Thursday used to build, could build again.


Thursday's dual slalom bikes, like the mountain bikes, can be ordered with a fork.Mostly you can do better on the internet, but Thursday has OE agreements with some makers that allow us to offer a bro deal on a frame-and-fork. Sorry, you can't just buy the fork, that's how OE works. Check them out ...